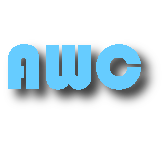 Looking for a simpler way to do floating point math and analog I/O? Check out our new PAK-XII!

What is 10 divided by 3? Your Basic Stamp thinks the answer is 3! Most other microcontrollers can't do any better because they all use integer math. Sometimes you can get by with integer math, but sometimes you need precision floating point results. That's where the PAK-I can help.

AWC is pleased to introduce the first of its Stamp Pak series of coprocessors: the PAK-I Math Coprocessor. This easy to use chip augments your Stamp or other microcontroller with full 32-bit floating point math. The PAK-I is a standard 18-pin IC that can interface with your microcontroller using only 2 pins (the PAK-II is a 28-pin .3" package).

The PAK-II now includes the powerful POLY command. With this command, you can store a set of coefficients in the PAKs registers and then issue a single command to compute a polynomial with those coefficients.

For example, suppose you need to compute 5X-3 (this is the classic y=mX+b equation). You could load register 1 with 5 and register 2 with -3 (using the STO command). Then simply execute the POLY command to computer X=5X-3.

The PAK-I is in a standard 18-pin DIP package. The PAK-II is a 28-pin .3" package. Although the PAKs are especially easy to use with the Stamp, you can use them with any microcontroller. Here's some example code for the PIC and the Ubicom SX.

Try a PAK-I or PAK-II for 21 days. If you aren't delighted, just send it back undamaged for a full refund of your purchase price. But once you see your Stamp handling real numbers, you won't want to be without it.

Notice: Basic Stamps are a product of Parallax Inc. AWC is in no way affiliated with Parallax.